The Consumer Protection and Technical Supervision Agency (TTJA) announces that unified digital radio testing principles have been recently completed, which will allow market participants to test new technology until the end of 2023. https://ttja.ee/uudised/ttja-tootas-val ... ted-eestis
"First of all, we are happy to see that there has recently been an interest in the market to start testing DAB+* digital radio in Estonia. Secondly, digital radio receivers are becoming more and more common among consumers. Namely, all new cars that were sold after December 20, 2020 must also have the ability to receive digital radio. Therefore, digital radio is becoming more mature and hopefully will soon find its place on the radio market," said general manager Kristi Talving .

"One of the goals of TTJA for the coming year is to create the necessary technical prerequisites for the development of digital radio. In order to enable today's market participants to test new technology, as a first step, we prepared uniform digital radio testing principles and prepare suitable radio frequencies for testing in the 174 - 230 MHz frequency band. During the test period, both market participants can get practical digital radio experience if they wish, and the country can get feedback on what the future model could be, how radio frequencies are given to the radio market for permanent use," explained Oliver Gailan , head of the communications department .

The test period lasts until the end of 2023, more detailed principles can be found here: https://ttja.ee/media/2684/download


During the testing phase, 12 radio programs are broadcast on the digital radio network, and all radio stations were also given the opportunity to participate in the testing. Therefore, the list may change and be supplemented on an ongoing basis, but from 28.11 the following radio stations will be on the air: https://digilevi.ee/digiraadio/

In addition, various technology partners also participate in the testing. 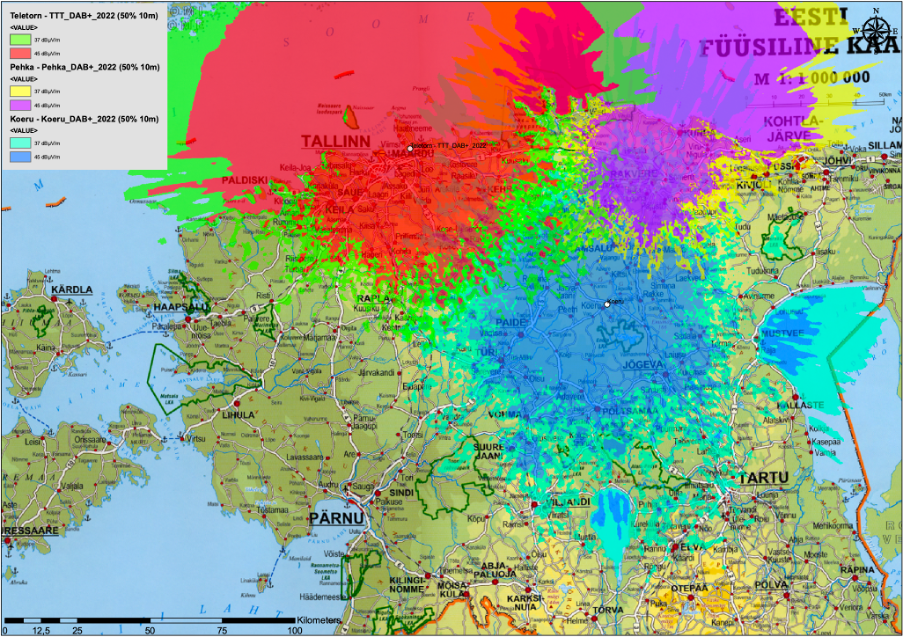 I love the baltic countries and baltic sea and were fascinated from that project in 3 days, its like a christmas present for me